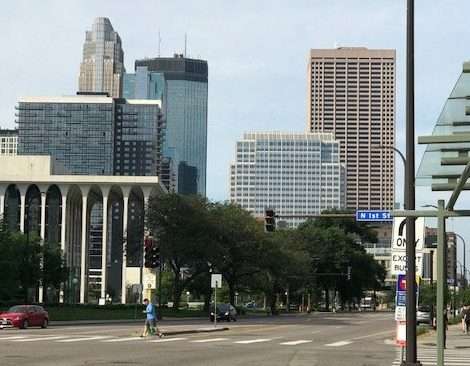 This past June, veteran rider Norma Stading and her husband relocated to Minnesota to be closer to their family. And while they were excited to start their lives in the beautiful Midwest, that meant missing The Ride For Roswell. But Norma, who’s been a rider since 2006, knew she had to figure out how to bring The Ride to Minnesota.
Norma has a long relationship with The Ride For Roswell, with cancer and with Roswell Park Comprehensive Cancer Center. She’s one of the first members of the now-famous Kids Just Want To Have Fun team. She’s always ridden in memory of her brother Jim and her father, Jack, both of whom battled lung cancer, which eventually spread throughout their whole bodies. Her husband was also a patient at Roswell Park. Missing The Ride and the opportunity to raise critical funds for cancer research was just not an option.
Their move to the Midwest came a week before The Ride. Because Norma had already signed up for The Ride, and not only raised the minimum but became an Extra Mile Club member, she decided to participate in her very own Ride – 950 miles away – in Minnesota.

The Minnesota Ride For Roswell 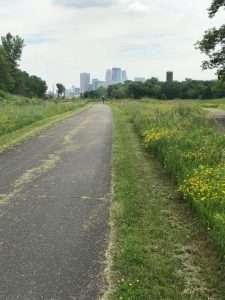 So Saturday, June 23, Norma grabbed her bike, her 2018 EMC jersey and her helmet and hit the bike paths of Minnesota. Norma didn’t have a real plan, and she didn’t know where she was going, but she did know she wanted to feel a part of The Ride. She actually ended up in Minneapolis and rode over the St. Paul Bridge, something that was on her bucket list!
Minnesota is full of great bike trails that are more like roads, with signs and dividers, so Norma stayed on the paths the whole time. However, at mile 15, she got a flat tire, and her husband had to come get her, which was a bit bittersweet because there were no riding marshals or SAG vehicles to help her.
Even though it was different from the conventional Ride, Norma still had fun and has plans to continue this new tradition in 2019.
She said she’s hoping to register as a virtual rider and get a group of friends at her townhouse complex to do it together.
And when asked why she continues to participate in The Ride, no matter what else is going on in her life, Norma has the best answer.
“I can’t cure cancer, but I can sure help.”