An unstoppable force: from cancer patient to survivor to rider

As a parent, one of the most difficult conversations you can have with your children is telling them that you have cancer.

For Lori Runk, that was her reality when she received a breast cancer diagnosis.

In December of 2011, her mammogram came back perfectly clean. So, it was a shock to her and her whole family when doctors discovered tumors in June 2012. While her three children were not little, it was still heartbreaking to tell them.

Her two eldest children, Jessica and Tony, were both in college and her youngest, Robert, was just about to start his senior year of high school.

She made the decision to be honest with them about everything that was going on so they didn’t have to constantly worry that they would “get a call some night out of the blue that their mom was on her death bed.” Additionally, she was worried about ruining Robert’s senior year and told him that he needed to focus on school and his friends.

“I made it clear to him that Dad was in charge of taking care of my needs and Robert needed to enjoy his senior year.”

The only thing he would be responsible for?

Robert kept his end of that bargain!

her journey that led to the ride 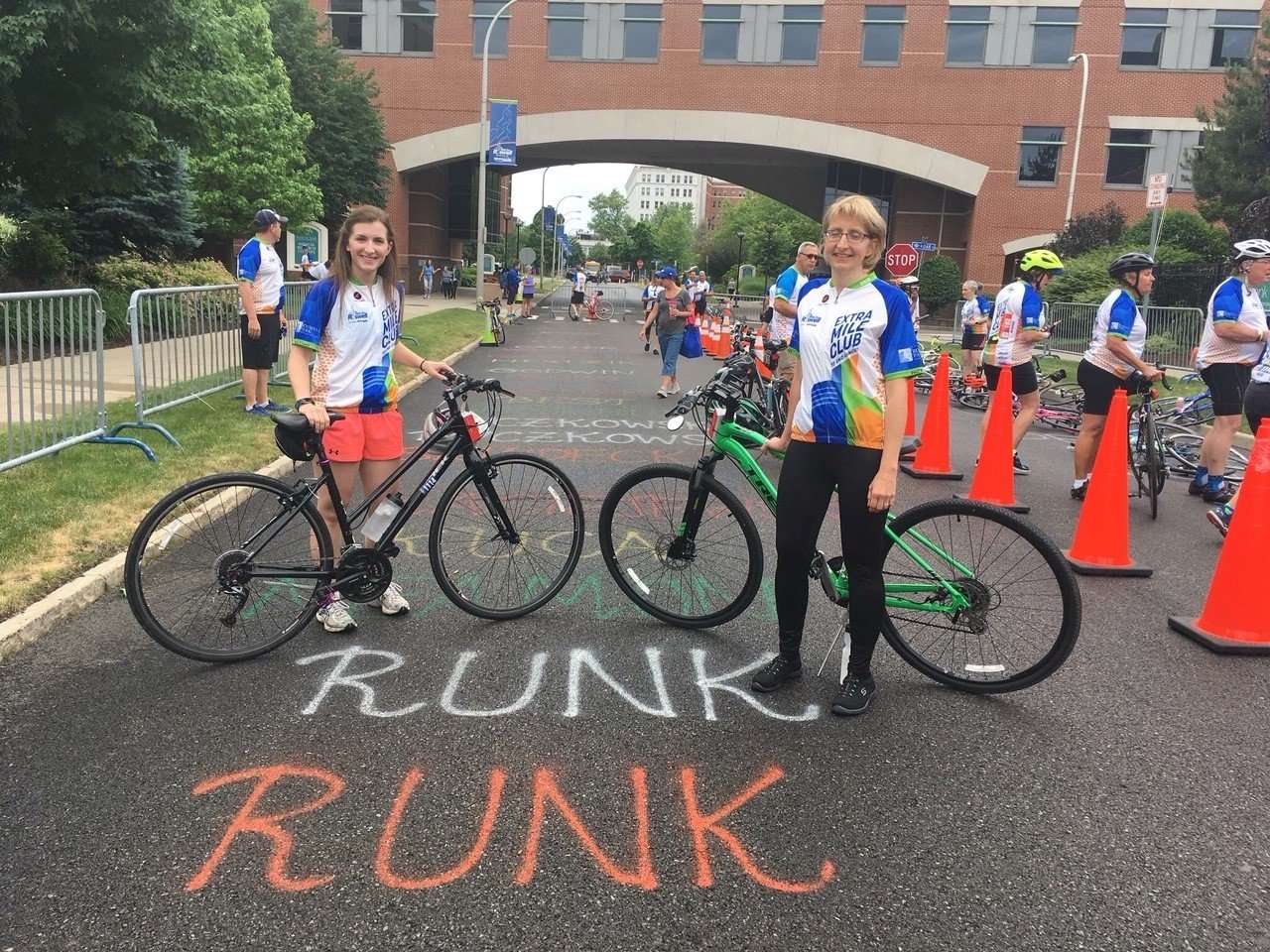 Throughout her treatment and surgery, Lori kept a positive attitude.

“I can honestly tell you that after the first week of getting my head around it, I never woke up depressed. I woke up and thought the day is going to be what it is, but I will get through this.

I wouldn’t wish it on anyone, but it wasn’t a bad year. It was a good year – different and very difficult – but not the worst year ever.”

The hardest part for her was losing her hair, particularly her eyebrows and eyelashes. But even in those hard times Lori said, “You have to have a sense of humor.”

There was one morning when she looked in the sink and saw short, little hairs scattered all around it. She immediately started crying, thinking it was her eyelashes and eyebrows. Then she looked in the mirror and she started laughing. It wasn’t hair, but her husband’s mustache trimmings!

“You can feel bad about your losses, but you have to laugh,” Lori said. “If you can find the funny when you’re going through [cancer], it really helps you.”

This positive attitude and sense of humor led Lori to want to give back to the many doctors and nurses at Roswell Park who took care of her. She loves to leisurely ride her bike, so she decided to hop on hers and fundraise during the 2014 Ride for Roswell.

Now, it’s a summer staple in her life that she does every year with Jessica. It’s something they look forward to and enjoy doing together.
And even though last year was difficult due to COVID-19, Lori still managed to do her part to help end cancer.

She was feeling a little down that there would be no big Celebration of Hope and Ride Day because of COVID-19, especially since she’d be celebrating eight years cancer free. She started to think about what she could do. She decided to log her miles throughout the summer and each time she rode, it would be “in honor of” or “in memory of” a cancer fighter. After figuring out how many miles she could do given the timeframe, Lori pledged to ride 500 miles.

Additionally, she ended up raising the most funds she ever had for patients at Roswell Park. The support she received was incredible – even someone living in Minnesota donated to her efforts. To cap off her Summer of the Ride, Lori and Jessica rode the Grand Island route.

Lori is unstoppable because she’s doing it again this year – getting those donations in and pushing herself to ride 600 miles by August.

Join Lori at the 2021 Ride for Roswell! Register to ride at one of our five locations or ride your own way.