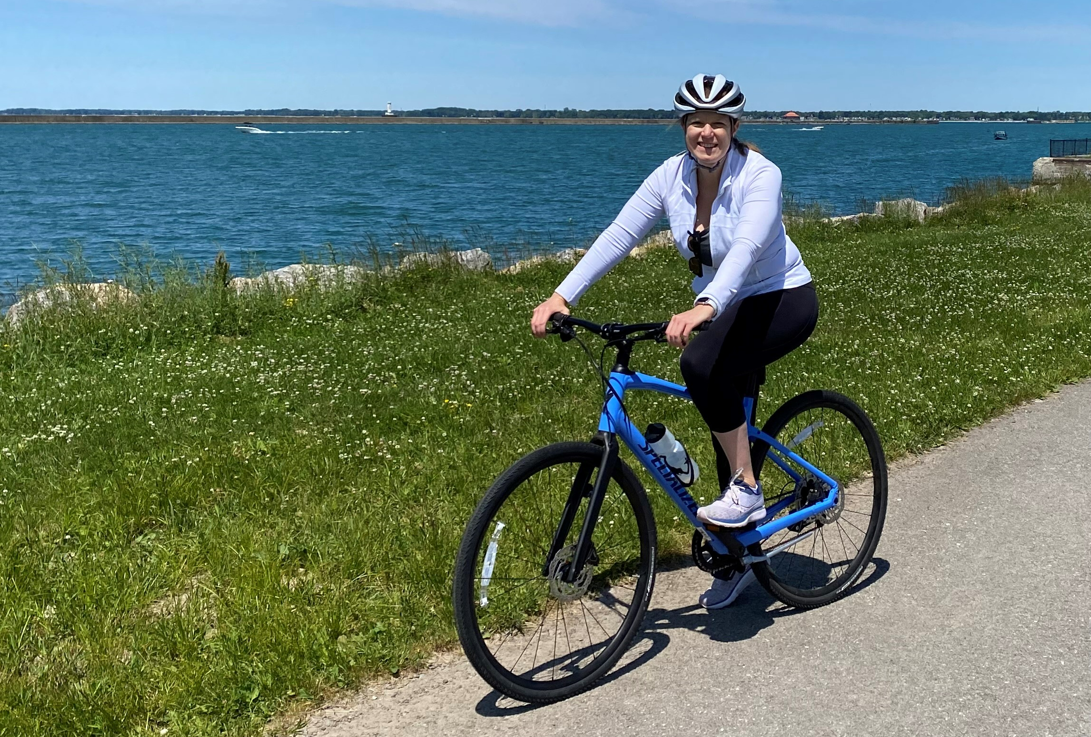 Several days a week, Alissa Vogelsang unrolls her yoga mat, bows her head and flows through a series of poses that challenge her physically and mentally. The practice has become spiritual in nature, serving to ground and center her as she moves through her day. She belongs to Space on Seneca, a yoga studio that’s owned by her best friend Colleen. Ever since Alissa’s move back to Buffalo a year ago, she has become ingrained in the community and looks forward to her practice.

Along with family and friends, the Space on Seneca community will join Alissa at the start line of the 2022 Ride for Roswell. As they ride, they will be honoring Alissa and her battle with metastatic cancer. Alissa was just two weeks shy of her 30th birthday when she received the news. She lived in New York City at the time and discovered a lump she assumed was a cyst. A trip to the doctor confirmed her worst fears: She had breast cancer.

After being diagnosed, Alissa went through a series of surgeries, chemotherapy and radiation. She was in active treatment for almost a year before finally moving into remission. When she heard the good news, she exhaled, not knowing she’d been holding her breath since the beginning. From there, she resolved to get back to everyday life.

Fast forward three years. Alissa had just gotten back from a three-day yoga festival and felt a pain in her shoulder. She chalked it up to doing one too many chaturangas during her yoga practice and went to see an orthopedist. Concerned about the cancer returning to her breasts, she had been diligent about getting her MRIs and mammograms — but she had never thought about the rest of her body. As it turned out, she hadn’t pulled a muscle. The cancer was back, and it had metastasized.

The Road to Roswell Park 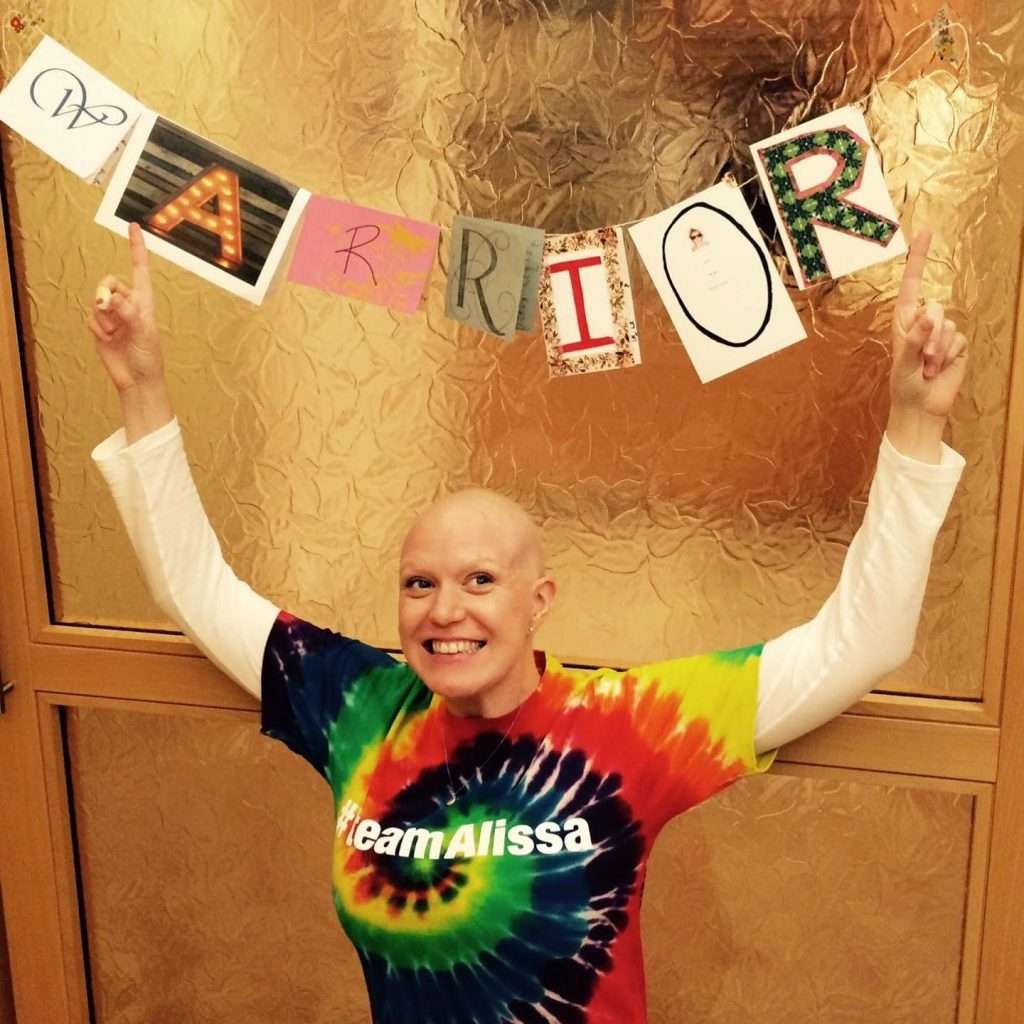 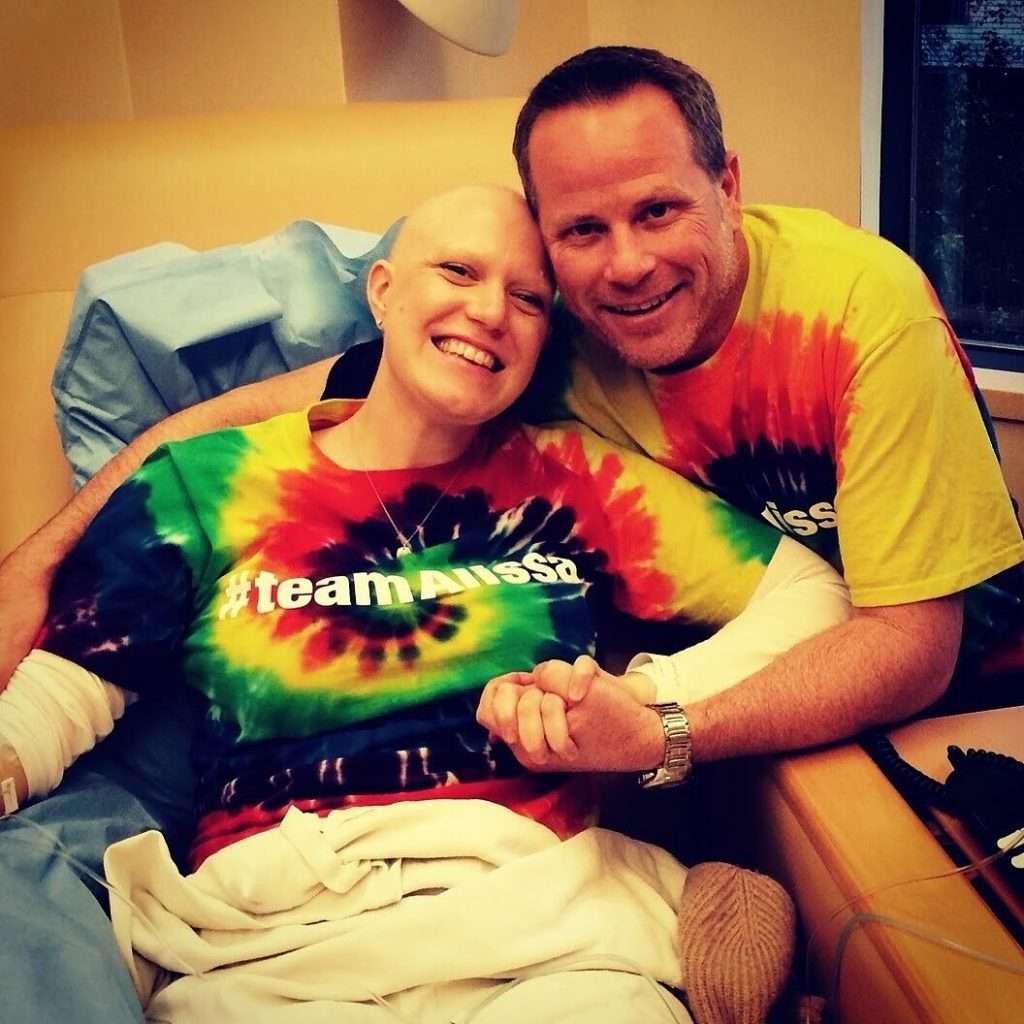 Alissa began treatment for stage 4 cancer in NYC, but shortly after came the added stress of a global pandemic. Seeking a stronger community of family and friends, Alissa and her partner Brett made the decision to move back home to Buffalo, and Alissa moved her cancer treatment to Roswell Park, a center renowned for cancer care and research. Her first round with cancer made her familiar with hospitals, blood draws, testing and lingo, but this time was different. With it came new fears about her prognosis and quality of life. Some big questions weighed on her mind: Am I going to die? How soon am I going to die? What will my life look like now?

That’s where Roswell Park stepped in. The staff made her feel welcome and gave her confidence in her ability to fight back against the disease. They provided her with tools to keep moving forward and have taken care of her when it matters most.

“Roswell Park is supporting me in my fight against cancer, but more importantly, they’re allowing me to truly live my life. It’s not just about tackling the cancer and the diagnosis. It’s about ensuring that I get to still live my life the way I want to, as best as I can, despite the cancer,” she says.

Making the Most of Every Moment Living life is exactly what Alissa is doing. She continues treatments while leaning in to the things and people she loves most: her partner Brett, her fur baby Max, her family, friends and fitness. She’s more dedicated than ever to her yoga practice, carving out 60 or 75 minutes at a time to meditate as she moves through her flow. This has become an important part of her cancer journey, allowing her to tune in to her body and recognize when something doesn’t feel right.

Beyond that, Alissa’s committed to giving back to Roswell Park and helping others who are living with cancer. That’s why she decided to do the Ride for Roswell with the support and dedication of her yoga studio and loved ones.

“I feel very confident that a big part of why I’m here today and able to do these things and thrive is due to science and the advancements in cancer research. That’s a big part of what makes me so excited to participate in the Ride for Roswell. It’s helping create awareness and funding for science and research,” she says. On Ride Day, she’ll be surrounded by her partner, her brother (who’s flying in to ride with her), parents, best friend and fellow yogis. Her entire support system continues to rally behind her, including everyone who has donated to her Ride fundraiser. She will be riding in the Peloton for the Celebration of Hope and recently hit her goal of raising $10,000.

“I think the most exciting thing is to be surrounded by our community — our smaller community that includes our team and the larger Buffalo community. The number of people who do the Ride for us is so impressive, and it’s amazing to see people united for such a great cause: putting an end to cancer. To come together for something that is personally so important to me and celebrate it with so many loved ones is very, very meaningful.”

Look for Alissa and Team Space on Seneca this weekend!