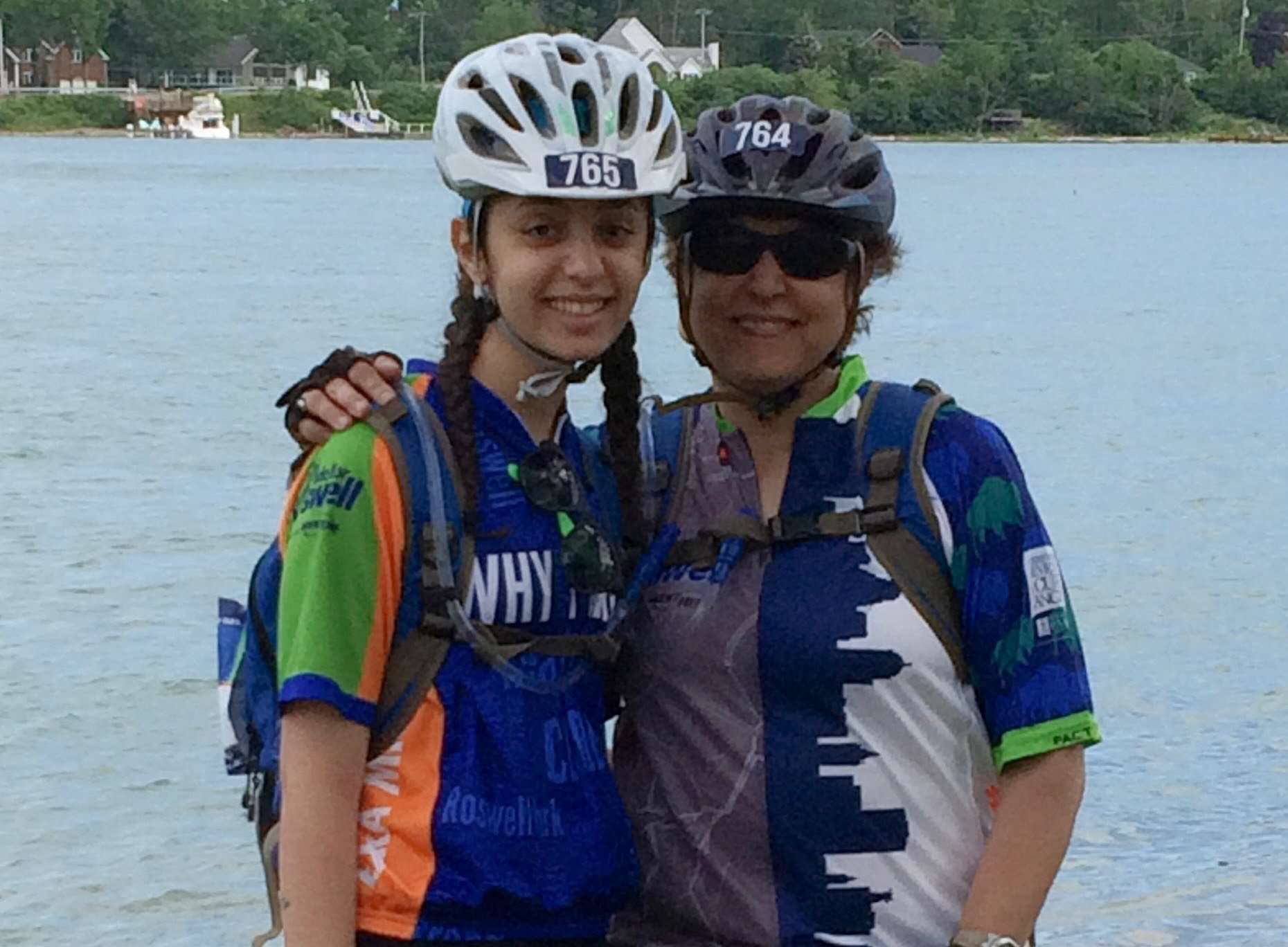 For Renee Boltri, cancer has long been a part of her life. A native to Western New York, she has had many friends and relatives diagnosed with cancer throughout her life. Her first real connection to Roswell Park Comprehensive Cancer Center was in the 1990s while working as a campus minister at Gannon University in Erie, Pennsylvania. A university student was diagnosed with cancer and was receiving a bone marrow transplant at Roswell Park, so, when she could, Renee would visit with the student.

In 2006, Renee moved back to Buffalo. Then her very close friend Amy lost her mother to cancer that same year. While driving with her son Stephen, who also happens to be Amy’s godson, Renee saw an ad for The Ride For Roswell. She turned to Stephen and asked, “Do you want to do this for Aunt Amy’s mom?”

Stephen said yes, and they signed up for the 2007 Ride For Roswell.

For Renee, participating in The Ride became a tradition. She has continued to ride every year since, and either Stephen or her daughter, Teresa, accompanies her.

According to Renee, The Ride is one of the most profound things she does all year. While she doesn’t have any family members currently struggling with cancer – something she is incredibly grateful for – she has such a strong connection to the cause that she keeps riding.

Anyone Can Do It

When asked what her favorite part about The Ride is, Renee responds that there is nothing about The Ride that she dislikes. One of the biggest misconceptions she hears about The Ride is that it’s a race, which can intimidate people. But it’s not a race, and she’s seen all types of physical abilities when riding. She knows firsthand that everyone is capable. And she even has a story to prove it!

One year, Renee and Teresa, who was 11 years old at the time, were riding the 30-mile route. Teresa was riding for her Uncle Joe, who had cancer. But it was an incredibly hot summer day, which made The Ride harder than other years.

Renee didn’t realize Teresa was struggling until they pulled up at a rest stop as some of the last riders. One of the nurses immediately stepped in, offered Teresa a cold compress, sat with her and made sure she was hydrated. After that, Renee kept telling Teresa that they could stop anytime and that they didn’t have to finish. Teresa’s response?

“No, I am finishing for Uncle Joe.”

And they did. Once they crossed the finish line, Teresa called her grandmother, who was with Uncle Joe at the time. Uncle Joe was so thrilled and proud that Teresa finished. He passed away five days later.

Renee wants to encourage anyone who is thinking of doing The Ride to do it because whatever you choose to do and whatever you are capable of doing helps in multiple ways, whether that’s physically riding, volunteering or being a virtual rider.

“We literally brought up the rear one year, and that’s OK!” Renee says. “To be a part of something of this magnitude is like nothing else. So go for it! You can do something.”